In the mid-20th Century, the United States was deeply concerned with technological advancement. America was fully engaged in its space race with the Soviet Union, and fears of nuclear annihilation grew with each passing year. Our emphasis on science, however, endangered the humanities. National leaders came to understand that without history, literature, ethics, and philosophy, America could obtain immense power without an understanding of how to wield it effectively.

The NEH soon realized the immense challenge of its mission. To respond more effectively to local needs, the NEH decided to establish a humanities council in every state, plus six U.S. territories. The Florida Humanities was established in 1973.

Since the organization’s founding, we have been dedicated to advancing NEH’s core mission in the state of Florida. In order to accomplish that mission—to provide humanities access to all Floridians, wherever located– we emphasize partnership opportunities with organizations and locations with limited access to the humanities.

To date, Florida Humanities has awarded over $20 million toward grants and public projects. A majority of these awards are in the form of “mini” grants, consisting of $5,000 or less. The most impactful projects are often those which are narrow in scope and respond to an immediate need. The public programs we support increase organizational capacity and bring Floridians together to develop a shared understanding of the past and a willingness to address future challenges.

What are the Humanities?

The Humanities are those academic disciplines that study human culture, using methods that are primarily critical and have a significant historical perspective. Through the humanities, we learn how to think creatively and critically, to reason, and to ask questions, coming to a broader understanding of our shared human experience.

The term ‘humanities’ includes the study and interpretation of: language, both modern and classical; linguistics; literature; history; jurisprudence; philosophy; archaeology; comparative religion; ethics; the history, criticism and theory of the arts; those aspects of the social sciences which have humanistic content and employ humanistic methods; and the study and application of the humanities to the human environment with particular attention to reflecting our diverse heritage, traditions, and history and to the relevance of the humanities to the current conditions of national life.

Our operations are largely divided into four categories:

Grants, which are designed to solicit and respond to local needs and interests.

Programs, which consist of standardized program offerings that are offered statewide.

To preserve, promote and share the history, literature, culture and personal stories that offer Floridians a better understanding of themselves, their communities and their state.

To preserve, promote and share the history, literature, culture and personal stories that offer Floridians a better understanding of themselves, their communities and their state.

Stay Connected to Us 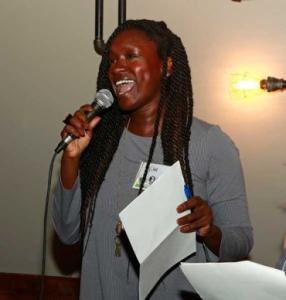 View Events
has been added to the cart. View Cart