Key West Art & Historical Society will debut a new exhibition on January 13, 2023, that will explore the history and culture of the often-overlooked segment of the community - former and current residents of Bahama Village. In this exhibition, history and stories will be woven together through various events that shaped the Black and Indigenous cultures of Key West. In the early 1800s and 1900s, the Black and Indigenous Following the end of the Civil War, the American South saw a rise in Jim Crow laws. In the town of Rosewood, Florida, these codes prevailed. In 1923, fifty years after the 13th Amendment was passed, racial tensions peaked with a later-dispelled rumor about an assault on a white woman, leading Ku Klux Klan members to track, assault, and kill Blacks in Rosewood. Known now as the Rosewood Massacre, news The Miami-Dade Public Library System is hosting English for Families once a week for ten weeks from January 10 through March 14, 2023. The ten-week program includes interactive classes for parents and children that focus on developing English vocabulary and literary skills through strategic and fun story reading. Programming is designed to improve the language proficiency of individuals whose native language is not English by providing essential reading strategies needed Over the past thirty years, Craig Pittman has written thousands of stories and columns about "The Most Interesting State." In this presentation based on 51 of these stories, he shows off the glorious weirdness of his native state. Stories of mermaids, con men, fugitives, gator wrasslers, death row inmates, iguanas, tattooed ladies, python hunters, and more are covered in this illustrated and lively presentation about Florida men, Florida women, and New College of Florida Humanities Division is hosting a discussion with photographer Katie Troyer in conversation with JB Miller in conjunction with the exhibition "Life in Pinecraft Through the Eyes of Katie Troyer," open to the public at the Carlisle Inn from February 7th through February 23rd. Troyer and Miller will discuss her early years, struggles as a young Amish woman in Ohio, the role that photography has played in New College of Florida's Humanities Division is hosting the photographic exhibition "Life in Pinecraft Through the Eyes of Katie Troyer" at the Carlisle Inn from February 7 through February 23. Katie Troyer is one of the most beloved personalities in the Pinecraft community. She grew up in an Amish family in Ohio and, after living in various Amish communities in the US and Canada, she moved to Pinecraft in 2008. In 1949, during the Jim Crow era, Silver Springs' owners Carl Ray and Shorty Davidson did something unique: they created a place for African-American tourists. Located downriver, they dubbed their creation "Paradise Park for Colored People". From 1949 to 1969, the former Silver Springs boat captain Eddie Vereen ran one of the most popular places for African Americans to visit in the country. Registration and admission are not required to When Daryl Davis was ten, he did not understand hate yet. But, he was the only Black scout in a parade to honor Paul Revere's ride to Concord when he began getting hit by bottles. It was then he formed a question in his mind he spent much of his life answering: "How can you hate me when you don't even know me?" Failing to find an answer in books The Palm Beach Opera hosts a panel discussion with Matteo Magaratto and Arina Pismenny in coordination with their 2023 production of Cosi Fan Tutte . The subtitle for Mozart's 1790 opera Cosi Fan Tutte is "La scuola degli amanti", or "The School For Lovers". However, the lesson for the audience is ambiguous. Panelists discuss their thoughts on the moral, or lack of a moral, of the story about a series 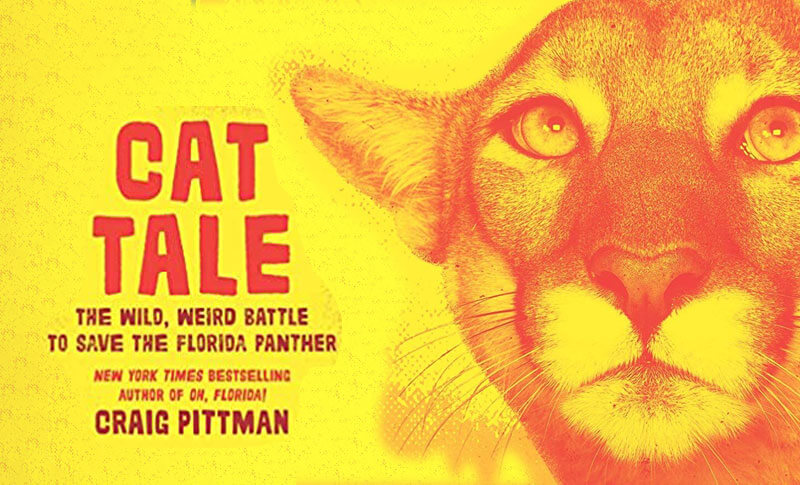 Florida's schoolchildren chose the panther as the state animal, and a decade later it nearly went extinct. But a ragtag band-some scientists, a veterinarian, and a veteran hunter-banded together to pull off a risky experiment to save them. Craig Pittman is a native Floridian. Born in Pensacola, he graduated from Troy State University in Alabama, where his muckraking work for the student paper prompted an agitated dean to label him The Museum of Contemporary Art North Miami presents a conversation with Haitian artists Michelle Lisa Polissant, Mark Fleuridor, and Morel Doucet in conjunction with their special exhibition, Didier William: Nou Kite Tout Sa Dèyè on view through April 16, 2023. The artists discuss their complex relationship to the place of their birth from the perspective of the diaspora moderated by Dr. Jerry Philogene, Associate Professor of American Studies at Dickenson The Jewish Council of North Central Florida is hosting a lecture with Ken Wald, PhD, as part of their lecture series One Nation Under God: Religion's Impact on the United States. Throughout American history, religion has been a binding force for communities. This lecture looks back on the roots of America's founding to reveal how fundamental religion was to the founding fathers. This program is funded in part through a During World War II and Korean War, seven brothers from a black Punta Gorda family served overseas. Yet, the family received no acclaim for over fifty years for their exploits. From a high-flying Tuskegee airman to a grunt in the Red Ball Express, the Bailey brothers' struggles in a Jim Crow south speak to the hidden and ongoing struggle to accord black Americans in their place in the military. James New College of Florida's Humanities division hosts a lecture with JB Miller in coordination with their photographic exhibit Life in Pinecraft on view through February 23 at the Carlisle Inn. Today, Pinecraft is a unique enclave and a popular winter-time destination for Amish and conservative Mennonites in the United States. JB Miller, a Mennonite who grew up in the Pinecraft community, shares his knowledge of the history of the community Florida has a relationship with Africans and the Diaspora unlike any other state. This presentation chronologically examines this relationship beginning in the sixteenth century through the present day and provides a broad overview of the African Diaspora experience in Florida, highlighting both the pitfalls and the triumphs within Florida history. Registration and admission are not required to attend. Dr. Dixon is the President of Archival and Historical Research Associated and Nova Southeastern University's Council for Dialogue and Democracy is hosting three workshops focused on the Broward County community's needs and wants as regards local government services and processes. Broward County residents are invited to participate in these community conversations to explore the workings of local government and how these actions meet (or don't meet) the needs of the County's residents. This first discussion will focus on past government services and