Cover Story:
Made in Florida, From the Sunshine State…to the silver screen
Florida’s lush, romantic and sometimes mysterious landscapes have provided the backdrop to numerous motion pictures over the decades – from the Oscar-worthy to the less-than-watchable.  And at one point, the state had ambitions of becoming the Hollywood of the South. By Bill DeYoung.

Our State of Dreams – For many around the world, visions of Florida – and we Floridians – are shaped by television series set (though not always filmed) in our state. NPR’s television critic explores for FORUM what our state looks like when viewed on the TV screen. By Eric Deggans. Also by Eric Deggans, A reading list of Florida films. 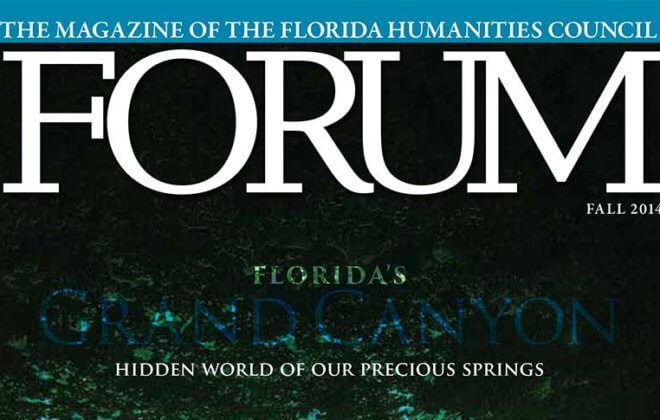