How do the humanities anchor democracy?

We may live in a STEM-focused world, but the humanities remain crucial in helping us understand one another. And that is key to sustaining our democracy, writes Steve Seibert, our executive director. Read his thought-provoking essay, below.

In Praise of the Humanities

Six Tampa Bay veterans took the stage to tell their stories of war. One, handsome and athletic, explained how he lost his leg from a roadside bomb explosion in Baghdad. He wears a blade-runner prosthetic and now operates a national nonprofit dedicated to helping veterans improve mental health through physical activity. One suffered traumatic brain injury in combat and, once home, threatened suicide. His wife joined him as they described their joint process of recovery. A Marine told of her rape by a fellow Marine and how she rebuilt her life. She now counsels other victims. After hearing these powerful accounts, the audience was invited to ask questions and tell their own stories.
Part of the national Telling Project, this was one of a series of Florida Humanities Council public programs across the state giving veterans a platform to talk about what their service to us meant. In Orlando, for example, a Gold Star mother described the searing pain in her head the moment her son was shot in Iraq. In Pensacola, a Vietnam veteran described how he tried to numb painful war memories with alcohol. Hearing the stories gave me a profoundly deeper connection with another’s human experience. It changed how I understand the challenges veterans face both in uniform and at home.

In other words, The Telling Project is an exercise in the humanities.

The humanities explore our heritage, culture, values, and ideas. Whether expressed through a study of history, languages, or human culture; through literature, music, or the arts; or as a discussion of religion, philosophy, or law, the humanities help us understand each other.

The humanities often slip past our intellectual defenses by appealing first to our hearts. See the play, listen to the lecture, read the book, or watch the documentary and we are moved to see with new eyes or through the eyes of others. We become wiser and more empathetic. What we know to be true might be affirmed–-or challenged.

Much of the current educational focus is on the STEM disciplines: science, technology, engineering, and math. These are crucial pursuits, of course. America’s legacy of invention, innovation, and scientific discovery forms a critical pillar of our national success and character. But STEM is not the enemy of the humanities, any more than the left side of the brain is the enemy of the right. In times past, the great mathematicians and scientists were also the great writers and political thinkers. Artists of historical significance–think Leonardo DaVinci–made profound mathematical and scientific connections. The initial humanities disciplines included grammar and logic but also arithmetic and geometry. The arts and sciences have always been two sides of the same coin. In the words of Apple founder Steve Jobs: It is “technology married with the humanities that yield us the results that make our hearts sing.”

Several prestigious medical schools recognize this interconnection. Yale, Stanford, and Harvard, as well as the Universities of Florida, South Florida, and Miami, all provide “medical humanities” programs that train in disciplines such as literature, philosophy, and ethics. Why? Because the best doctors are not just technically proficient, but also understand human nature, can talk with grieving or anxious patients, and have the depth to make tough ethical decisions. Research shows that doctors who are more empathetic “burn out” less, and that their patients trust them more and have better health outcomes. This leads to lower health care costs and fewer malpractice claims, Daniel Orlovich, a physician at Stanford Health Care, wrote in a 2016 article, “How medical humanities can help physician burnout.”

Some of America’s most successful business and technology leaders were initially educated not in business, but in the humanities, according to media reports. LinkedIn founder Reid Hoffman earned a degree in Philosophy from Oxford; Carly Fiorina (Hewlett-Packard) in Medieval History and Philosophy; Michael Eisner (Walt Disney Company) in English Literature and Theatre; and Howard Schultz (Starbucks) in Communications. National political leaders follow the same pattern. Some examples, as widely reported: Hillary Clinton, Marco Rubio, and Bernie Sanders were all undergraduate Political Science majors; Jeb Bush majored in Latin American Studies; Ben Carson in Psychology; and Donald Trump in Economics. These lists stretch around the world, but the point is simple: STEM and the humanities are mutually enriching. It takes a surprising breadth of knowledge to operate a hospital, a company, or a nation.

For over 2,000 years the humanities have played the additional role of anchoring democracy. The ancient Greeks considered competency in the humanities the baseline for self-government. One needed to know certain things in order to perform one’s civic duties. And so it remains today. The humanities are the key to developing the capacity of a free people to govern themselves.

As Thomas Jefferson explained, “If a nation expects to be ignorant and free…it expects what never was and never will be.”

America was born from ideas; we were humanities-driven from the beginning.

Americans have always striven for knowledge. We read and build and invent. We discuss and quarrel and reform. America was born from ideas; we were humanities-driven from the beginning.

A working knowledge of history, law, civics, and philosophy protects our democracy, as does the ability to gently discuss these issues across the divides of race, age, gender, geography, education, and politics. Knowledge of foreign languages and cultures, economics and comparative religion is critical for keeping peace in a global economy. The humanities give us prepared voters, informed consumers, and productive workers. They foster a society that is innovative, competitive, and strong, a point made by the American Academy of Arts and Sciences in its 2013 report, “The Heart of the Matter.”
A friend once hosted a gathering of high-ranking officials from the Netherlands. He started the meeting by thanking the country they represented for its critical financial assistance during the American Revolution. The officials expressed amazement that any American would have both the historical acumen and the humility to recognize how much the Dutch were responsible for our existence as a nation. The relationships created at that meeting continue today.

E Pluribus Unum; Out of Many, One. In a free and diverse society, the path to One is through the rich forest of the humanities. Along that path, we become mindful of the lessons of history, the differences in culture, and the power of ideas. Our Republic, including its component parts of business, government, and community, is protected by discovering shared values. Neither tyranny nor mob rule can deceive a people who understand each other. These are essential lessons, and now is the time to embrace them—not to diminish their importance.

The humanities tell the stories that tie us together and to the wisdom of the past. I write in praise because they inspire us to learn, to think, and to understand.

STEVEN MERRITT SEIBERT is the Executive Director of the Florida Humanities Council.

What are the Humanities 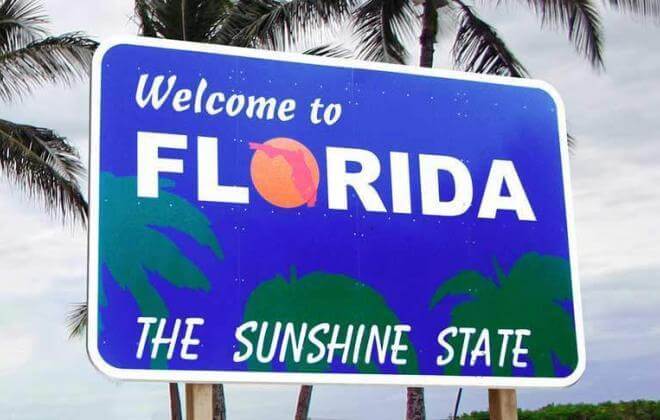 We Gather from everywhere to build Team Florida

Celebrating the power of the word