Be it from a live stage or a virtual one, nothing stops winner Flavia Nunez and her fellow young orators from raising their voices out loud

In the opening shot, Flavia Nunez stands in her family’s living room. Behind her, baby portraits of Flavia and her siblings deck the tan-colored walls above the television and couch.

Flavia, dressed in a white cardigan and a red skirt, introduces herself in an exuberant voice, not showing any sign of nerves.

She adjusts herself, plants her feet, and appears to shift into character. Suddenly, she is not a junior from the School for Advanced Studies’ North campus in Miami, but a worker at the animal shelter, forced to watch dogs euthanized one by one, just as Vincent O’Sullivan describes in his poem “At the city pound.”

“We’re real at the end as you are, buster,” O’Sullivan writes from the dog’s perspective, indicating a mutt that refuses to say its final goodbyes. “We sniff the wind. What say if we say it together? Won’t.”

Flavia hits that final declarative “Won’t” in a way that makes it hard to ignore.

Despite her powerful recitation, Flavia says she was shocked when she found out in early March that she was the Florida state winner of this year’s Poetry Out Loud competition.

Every year, 9th- through 12th-grade students from all over the country prepare poems to recite for this national initiative. Founded in 2005, the event is sponsored in part by the National Endowment for the Arts and the Poetry Foundation. The school library of the state winner receives $500 to purchase poetry materials and the national winner is awarded $20,000 in college scholarship money.

Each participant selects three poems to recite – one pre-20th century work, one that is 25 lines or fewer, and one free pick. Each school selects an internal winner and then the finalists compete at a day-long statewide event.

In normal times, the Florida event would be in person and hours long at the University of South Florida St. Petersburg campus. But this year, due to the pandemic, USF St. Petersburg’s event coordinators, Caryn Nesmith and Amberly Nelson, who work in the university’s regional chancellor’s office, pioneered a virtual event in which students from all over the state filmed themselves reciting the poems and signed integrity statements ensuring they memorized their pieces. A panel of five judges, all poets or writers, scored each student’s performance on their own time rather than watching them contemporaneously.

And in an early March ceremony, after the top two contestants were chosen out of 28 state finalists, a winner was announced from the finalists: Nunez and runner-up Daniella Flom.

When Nunez got on that Microsoft Teams virtual meeting, she had been told she was in the top 10, and she knew she had to recite her highest-scored poem, “At the city pound.” But she was just happy to make it that far.

She was surprised to learn she was among only two people reciting in front of the virtual audience that day, although a recorded video showed selections from other participants’ submissions. Even when they named her the winner, a long drumroll preceding the announcement, she was in disbelief. A teacher texted, asking her to confirm the news. But Flavia was still wondering if everyone was mistaken.

Her mother, Ileana Ludeiro, started crying, while her father, Rodolfo Nunez, gave her a hug, and Flavia had to find the words to explain how she felt and what this meant.

“With the hardships of this year, it was something to look forward to,” she told the virtual audience of students, teachers and parents. “Poetry is a way to speak your own truth and a way to express yourself when all objects of communication have been exhausted.”

The winner of a poetry competition might be expected to be an avid poetry buff. But when Flavia sat down to choose some of her poems for this year’s competition, she decided to use Poetry Out Loud’s random generator.

She must have clicked through 10 times before she finally found a piece she liked. There was something about “At the city pound” that resonated. Here was a man disillusioned with his job euthanizing dogs and even more disillusioned with a world that would try to hide the reality of it.

“It has so many interpretations in such a small space,” she says. “It felt like something I could say and not perform.”

Flavia Nunez, winner of the state Poetry Out Loud competition

Poetry is a way to speak your own truth and a way to express yourself when all objects of communication have been exhausted.

That’s a quality at least one of the judges, poet and Ringling College of Art and Design adjunct professor Yuki Jackson, looked for as she was evaluating performances. She saw in Flavia a unique blend of talents.

“She has the dynamism and this vibrancy in her energy that she’s expressing, but it’s also in check,” Jackson says. “It’s counterbalanced with the subtleties and the nuance and she doesn’t overdo it.”

But Flavia’s winning performance was almost hampered by a small error: she mispronounced the word “incorrigible” in her original recording. Her teacher hated to break the news, but she let Flavia know about the mistake. Would she want to record it again?

Of course, Flavia did, but the recitation just wasn’t the same. She decided to go ahead with her first version and hope for the best. Maybe the judges wouldn’t notice the mispronunciation of “incorrigible,” or better yet, wouldn’t care.

Flavia: In the future

Flavia is a prolific writer. She mentions offhandedly that she’s already written her first book, a sweeping story that takes inspiration from both The Phantom of the Opera and Greek mythology.

“It’s not going to see the light of day,” she says. “It’s my first try so that I can do a second try and that second try will be better.”

Yet she talks excitedly about the book’s plot points before stopping to sum it up succinctly.

“It’s how a girl finds her confidence and learns that gods are more human than they let on,” she says.

Among her goals, she wants to go to the University of Southern California, because some of the best storytellers have gone there for undergraduate and graduate school, she says, pointing to Shonda Rhimes, creator of Grey’s Anatomy and Scandal, and fantasy writer Victoria Aveyard. But Flavia tempers her dreams and aspirations with realism.

“I am a big dreamer and I want to be a storyteller, but I know in the world we live in that I need to do something as a job,” she says of her future. “I haven’t yet found a 9-to-5.”

She may not yet have a steady job, but at 17, she has started a nonprofit spurred by her love of books and words. She crafts stainless steel bracelets with engraved quotes by the likes of Oscar Wilde and J.R.R. Tolkien. The proceeds of the sales from the website, braceletsforbooks.org, go to buy books for children.

Though Flavia didn’t advance beyond the Poetry Out loud national semi-finals on May 2 to compete in the finals, it wasn’t through a lack of determination. Shortly after she learned she was a state finalist, she began emailing some of the judges for feedback, according to Jackson. And Flavia was determined to try her best, which will serve her well in every future pursuit. “At the end of the day, win or lose, I want to look back and say, ‘Okay, I tried as much as I could.’ ” 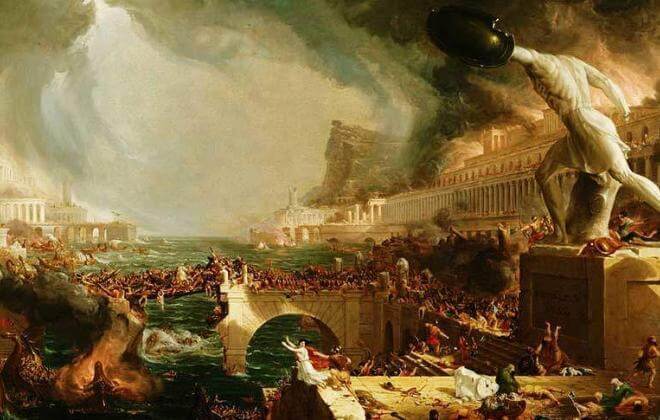